From inside the book

What people are saying - Write a review

Reviews aren't verified, but Google checks for and removes fake content when it's identified

This was quite an interesting story about Bumpy Johnson even though he did run Harlem in the 30s thru 60s with illegal activities he seemed to be a very caring person. Anyone interested in the gangsters of the time would find this book quite interesting. Read full review

10 other sections not shown

Mayme Hatcher Johnson was born near Durham, North Carolina in 1914. She moved to Harlem in 1938, and worked first as a cleaning woman, then as a hostess for Hagars Barbecue, a restaurant owned by singer Ethel Waters. In April 1948 Mayme met the already infamous Harlem gangster, Bumpy Johnson, and the two married just six months later. Together they raised Ruthie, Mayme s daughter from a previous relationship; and Elease, Bumpy s daughter from a prior relationship. Mayme was married to Bumpy a total of 20 years, and while Bumpy was incarcerated for 10 of those years, the two had a very close relationship, and he shared with her many secrets of his past that he refused to discuss with other people. After Bumpy died in 1968, Mayme remained in Harlem in the apartment they had shared in the Lenox Terrace until 2003, when she moved to Philadelphia. Mayme's favorite pastimes include reading newspapers such as The Philadelphia Inquirer and The Amsterdam News, and watching news programs in order to keep up with current events. She also admits to being a big fan of the show, Judge Judy. Though she has been in Philadelphia for four years, Mayme still stays in close contact with her friends in Harlem, as well as her older brother (95), and her younger sister (90), both of whom still live in North Carolina. She attributes her and her siblings longevity to good genes. To learn more about Mayme, and to her speak on tape, visit the Harlem Godfather website. Karen E. Quinones Miller is the author of Essence Magazine Bestsellers, Satin Doll, I'm Telling, Using What You Got, Ida B.,(which was also nominated for an NAACP Image Award Outstanding Literary Fiction), and Satin Nights. Born and raised in Harlem (she first met Bumpy Johnson when she was eight years old), Miller is also a former staff writer at The Philadelphia Inquirer, a former correspondent for People Magazine, and has written for a series of other magazines, including Don Diva, and The Source. Miller's sixth novel, Passin' - about a young light-skinned African-American woman who decides to pass for white in 2007 New York City is being published by Warner Books in Feb. 2008. 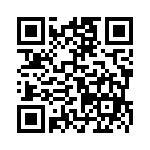